Ear Licking and Beyond: What Does This Dog Behavior Mean? 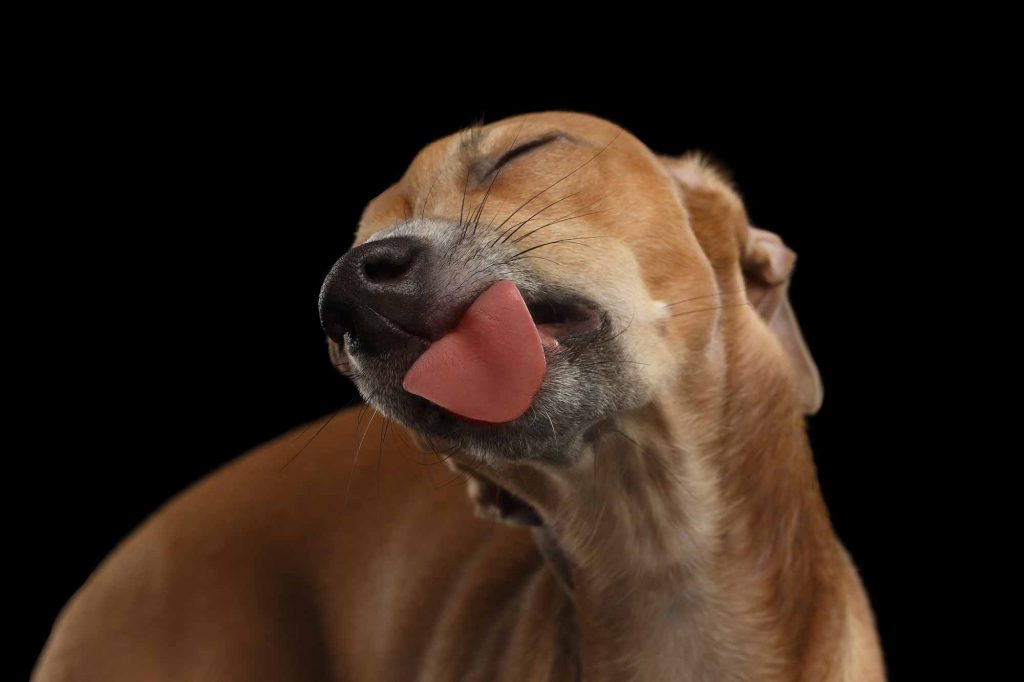 Dogs will be dogs, but when a behavior veers from cute to mildly obsessive to downright annoying, it’s time for a change. Licking ears is one of these canine quirks that sends owners into tailspins of doubt, wonder, frustration, and (hopefully) resolution and relief. If you’re put off by this common dog behavior or have no more patience for it, you’re in the right place.

Perhaps you saw our earlier blog regarding why dogs lick. Indeed, this dog behavior is normal and natural. Now, your dog may be inclined to lick all ears – or feel a draw to sample a particular animal or person in the household. While licking ears is a fairly standard dog behavior, there are two possible reasons it occurs.

Dogs communicate in various ways. From facial expressions to tell-tale body language, dogs find a way to “talk” to their pack. Ear licking is another method for communication, and while it seems a little gross, it is a typical form of expressing affection. Certainly, this dog behavior is saying “I love you” and “we belong to the same pack,” regardless of species.

Also, dogs who are raised together or dogs who are raised with another species tend to participate in mutual grooming. There’s nothing sweeter than seeing your pets cleaning each other, and the ears are simply part of the package. The submissive one will usually be doing the licking as a way to express respect.

Some dogs have an innate taste for somewhat salty ear wax, a fact that can really turn an owner’s stomach. Also, a sudden interest in another animal’s ears can point to an infection or other problem inside the ear canal. Discharge or pus can have a certain smell and taste that’s particularly intriguing to a dog’s refined senses and can help you address the needs of the other pet. We’re happy to take a look in your pet’s ears to ascertain any problems.

When this dog behavior becomes obsessive, it’s time to intervene. The ears in question can become infected via increased moisture levels, but on a baser level, it can be extremely annoying.

Distract your licking dog with interactive toys, exercise, or affection. Please let us know if this dog behavior reaches a compulsive level, as medical assistance may be necessary.

Remember, your dog is not the only one to express him or herself in this way. It’s perfectly normal, and as long as ear licking doesn’t cause problems for anyone else, it’s considered an intrinsic canine quirk.

To be sure, dog behavior can be very perplexing, but it’s always interesting! If you need help getting to the bottom of ear licking, our team is here for you.