Time for a Kitty Intervention? Examining the Effects of Catnip 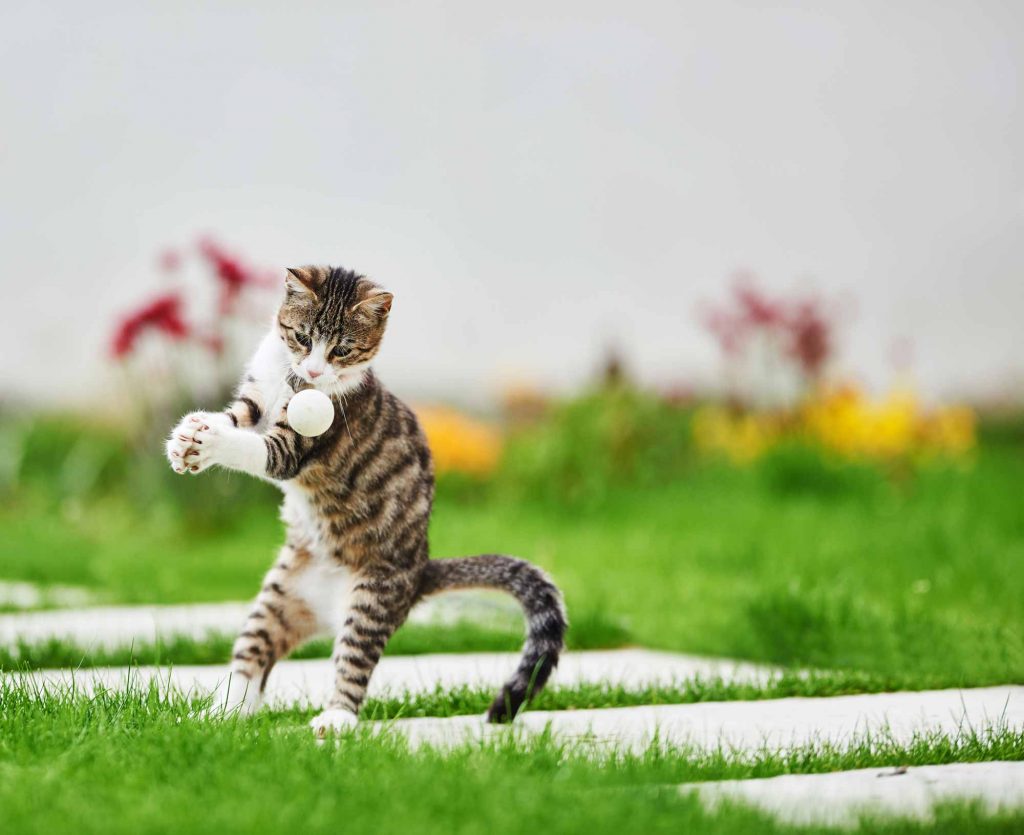 If you’re one of the hundreds of millions of people devoted to funny cat videos, you’ve definitely seen some hilarious, catnip-induced antics. While funny, these clips beg the question: is catnip safe for cats?

Many cat owners speculate about the long-lasting effects of catnip on their feline friends while others wonder why their cat doesn’t show any interest in the green goody. Who knew there was so much to learn about catnip?!

Currently, we don’t know which culture first discovered the effects of catnip on felines. Whether its was originally developed in Egypt or Middle Eastern countries, the result on a cat’s behavior has become legendary.

A relative of the mint plant, catnip has been cultivated for centuries for human maladies and is now widely referred to as “catmint.” Nepeta Cataria is a hardy perennial that can grow 2-3 feet tall and is found throughout North America.

The effects of catnip come primarily through the inhalation of the leaves, which have trapped inside them a volatile oil called nepetalactone. Cats will bite, chew, rub, and roll in catnip to release the oil. Why? Because nepetalactone triggers all the pleasure buttons in a cat’s brain. Widely understood to have mild hallucinogenic powers over a cat, nepetalactone passes over the receptors in the vomeronasal organ (also known as Jacobson’s organ) in the roof of the mouth.

Is it Always This Intense?

The effects of catnip vary from cat to cat. When inhaled, the euphoria can last 15-20 minutes. Cats become insensitive to nepetalactone afterwards, but it’s not permanent. You can try to get your cat “catnip-happy” again an hour or two later, but it’s ideal to use the plant as a special treat once a week or so.

Fortunately, catnip is not addictive, and fresh leaves can be stored in the freezer for many months without losing potency.

Other Effects of Catnip

You can use catnip to help with crate training, when visiting to the vet, or even a technique to help with weight loss. Increased physical fitness and environmental enrichment are powerful contributors to your cat’s health and wellness.

If you have additional questions or concerns related to the effects of catnip on your frisky feline, our veterinarians and staff would love to hear from you.

tags:   Cat Fun  |  Catnip  |  Cats & Catnip  |  The Effects Of Catnip
posted in:  The Cat's Meow
Previous: All About Pet Sweat (In Case You Were Wondering)
Next: The Meaning and Value of an AAHA-Accredited Veterinary Hospital